after opening tickets to hawaii Christmas morning, the kids were counting down the days for our big departure. bags were packed, snorkels were stuffed, and plans were made. luckily i have lots of friends who have been to oahu before and that helped a ton.
the early morning finally came and we were off.
i underestimated how long the flight was. i guess i assumed they would have movies on the plane. apparently they don't do that anymore. we managed. paul brought lots of ipads etc to keep the kids busy.
this before and after pic cracks me up. i guess baby J felt comfortable with his new friend by the end of the flight. 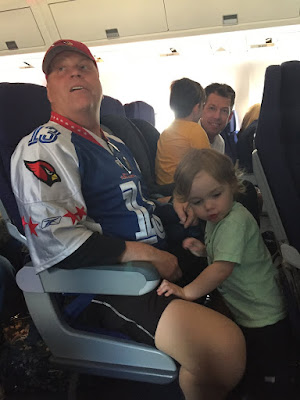 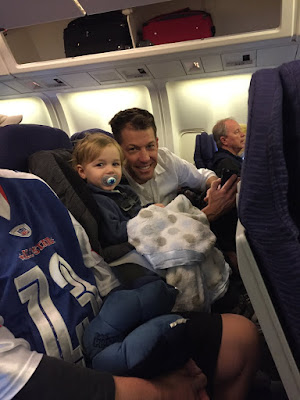 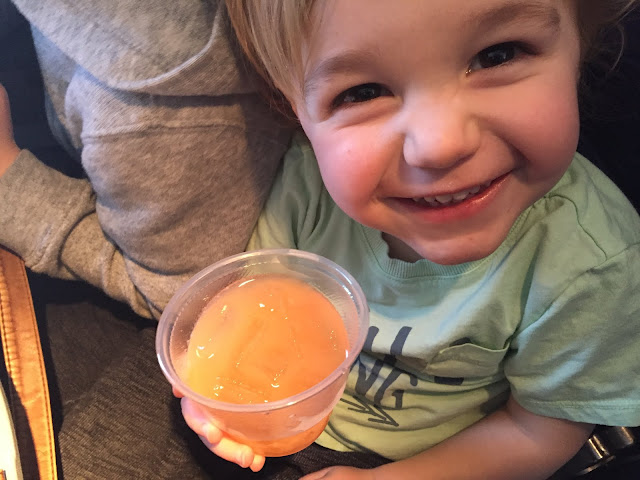 the kids discovered pog juice & had fun taking advantage of the complimentary drinks :) 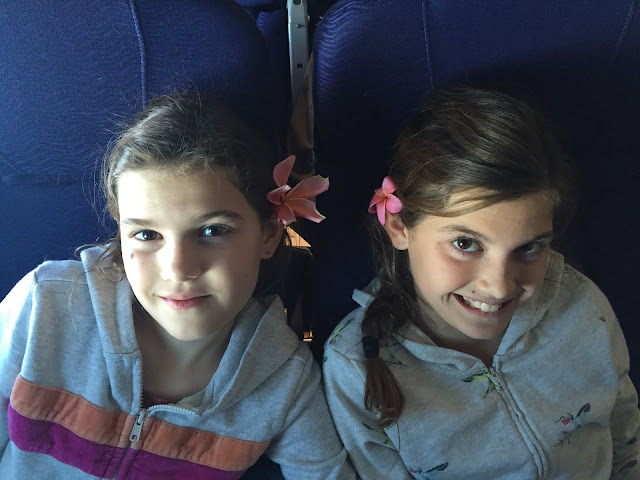 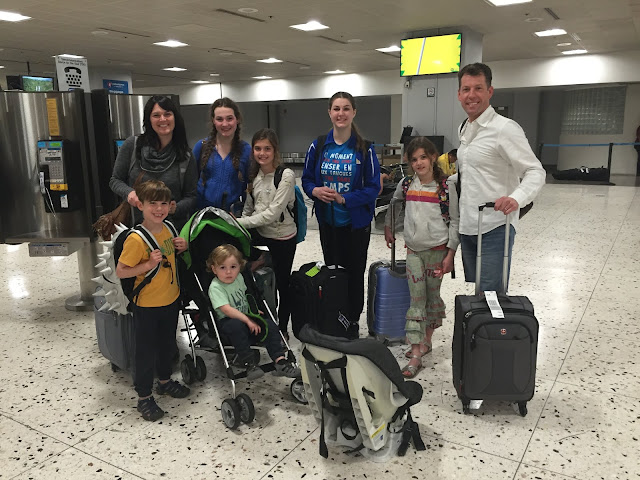 we settled into our minivan (which we scored a great deal of $300 for the week on priceline) and found our way to waikiki!! yeah baby!

the view (from my cousin's lanai.. where we stayed for the week)... 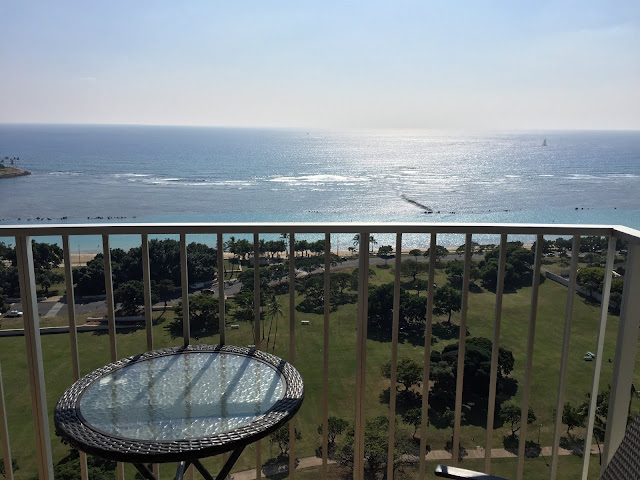 we dropped our bags & headed right out. we were starving & everyone was jonesin' to get their feet in the water. the water was so warm & clear!! 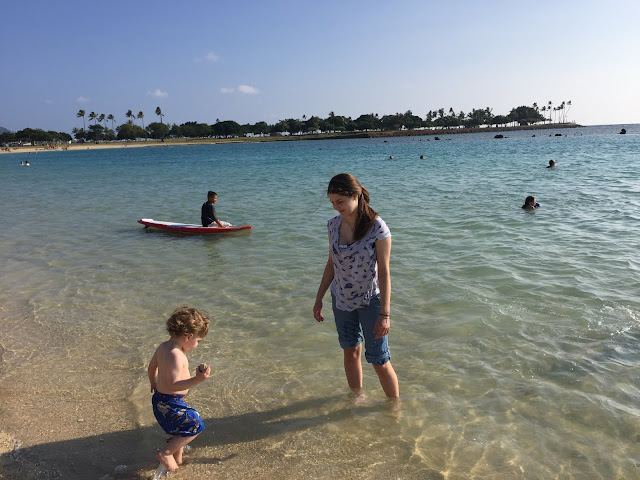 we stopped at a japanese market for some sushi. it was pretty good but not amazing. some were more excited than others about figuring out what the heck to eat. (me not being excited, S was loving it) 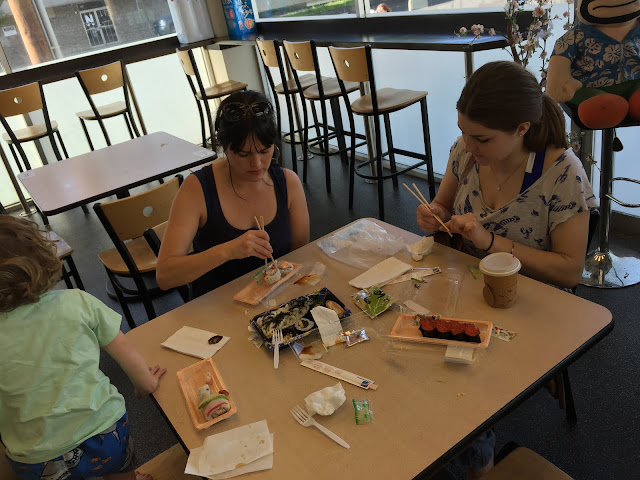 we went back for our suits and headed out for the evening. we walked all along ala moana beach park, magic island and waikiki beach. 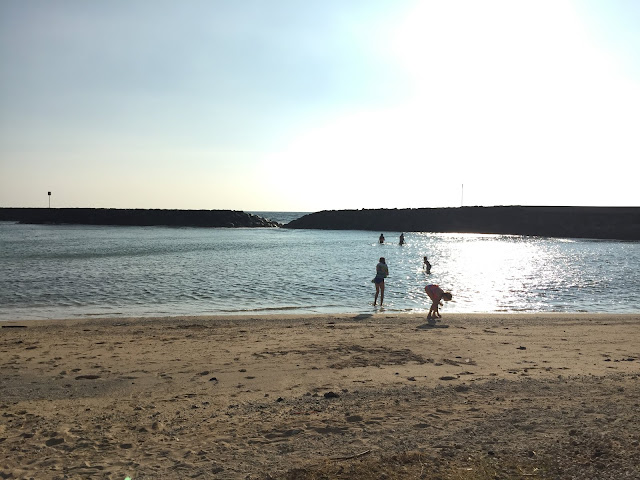 we stopped at the barefoot bar for our first shave ice & other beverages. 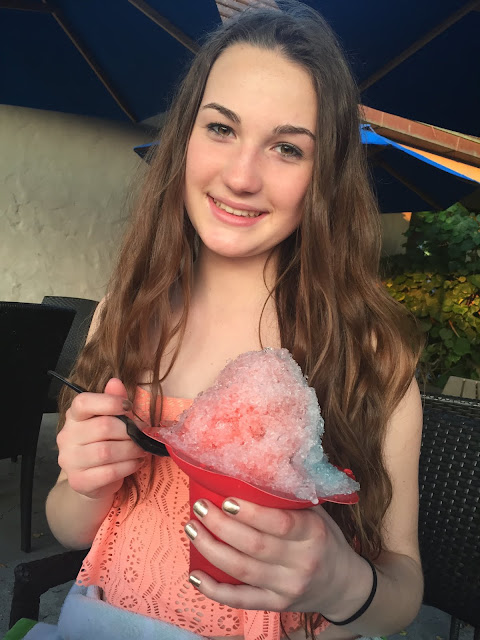 we decided to watch the sun set there and learned pretty quickly that deciding where to be at sunset is a major priority of the day. each day the sunset was BREATHTAKING. we never were able to catch a photo that represented the beauty. but i will forever remember it in my mind :) 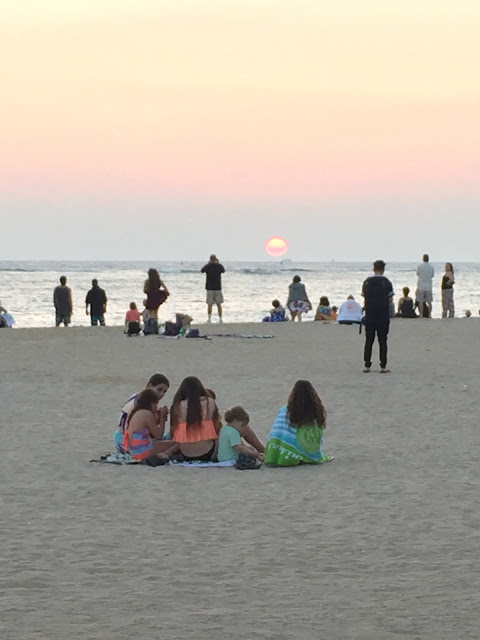 the next day, we were directed by my sweet cousin's friend, Leah, to an amazing hike.

lulumahu falls.
we had never hiked through that kind of terrain. other than, luckily for Leah we had a legit hiking baby backpack, the baby... it was awesome. we were literally walking through water, climbing rocks, swinging around trees, baby J really grasped the concept of "over" and "under" (from the comfort of his backpack of course). the other kids flew through that trail like it was nothin'.


we just had to stop at this opening in the trail. it was so beautiful. 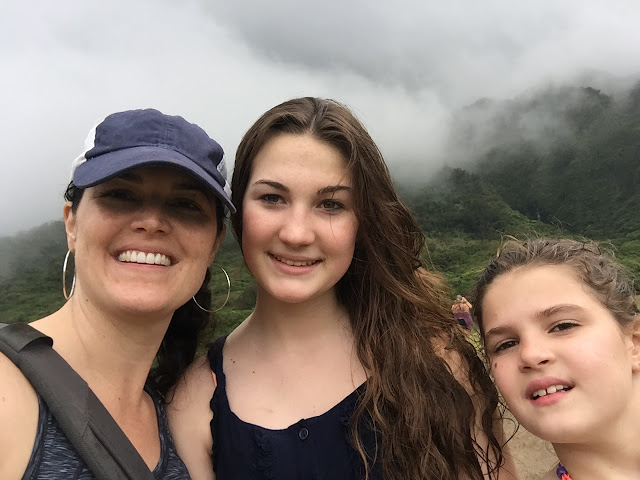 the mist and the green rolling hills.... swoon. oh and baby J's curls... 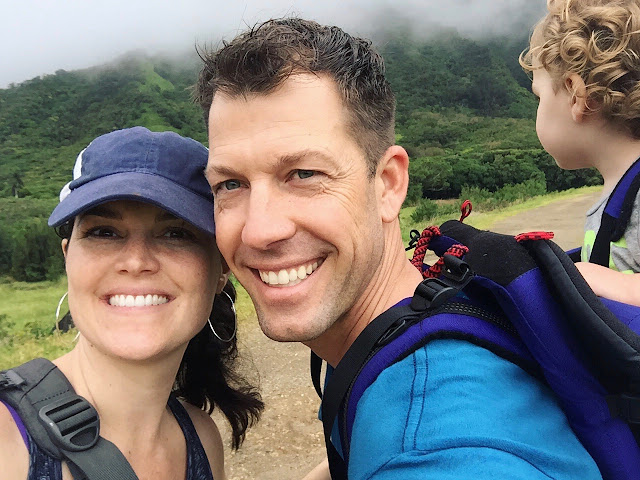 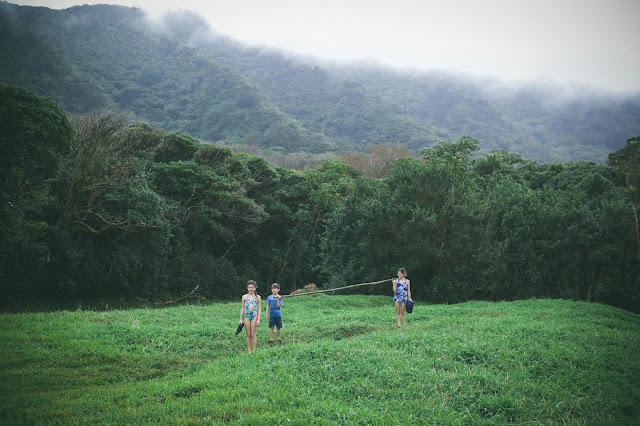 we crossed over a mossy stream and mini cliff... 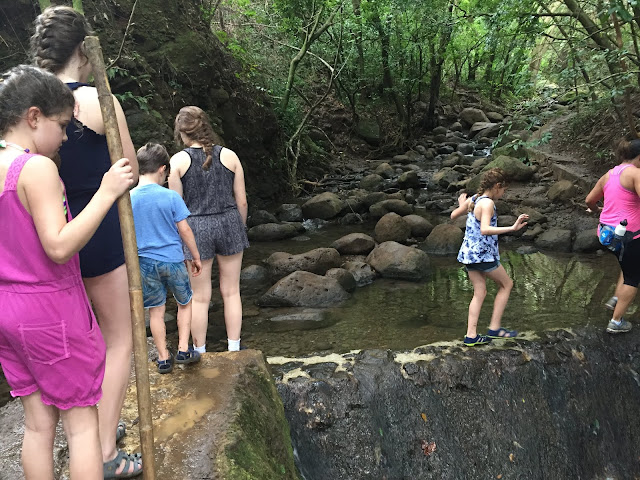 we continued on to see some french braided trees... 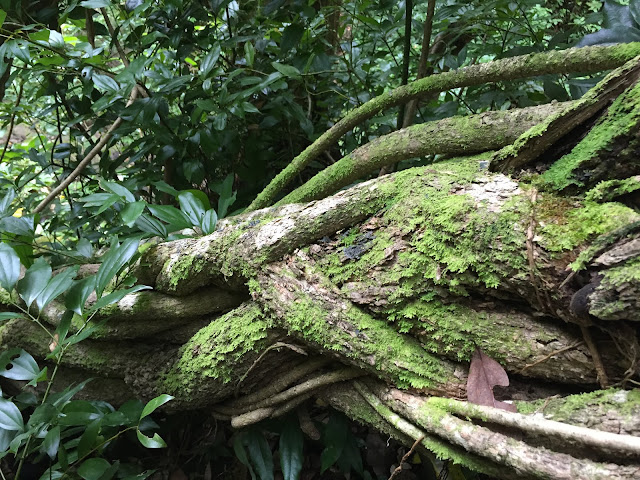 crossing over more rocky streams... man that backpack was heavy... i learned that later on another trail... i couldn't believe paul completed this trail carrying the big baby J the whole time. 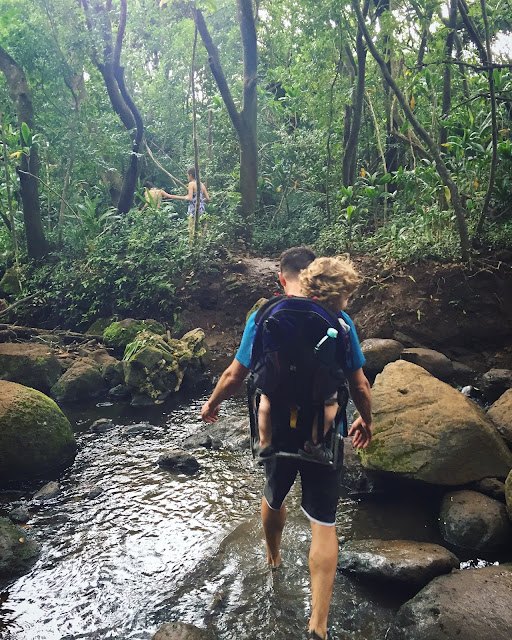 until finally... we reached the waterfall!! it was SO exciting!!! 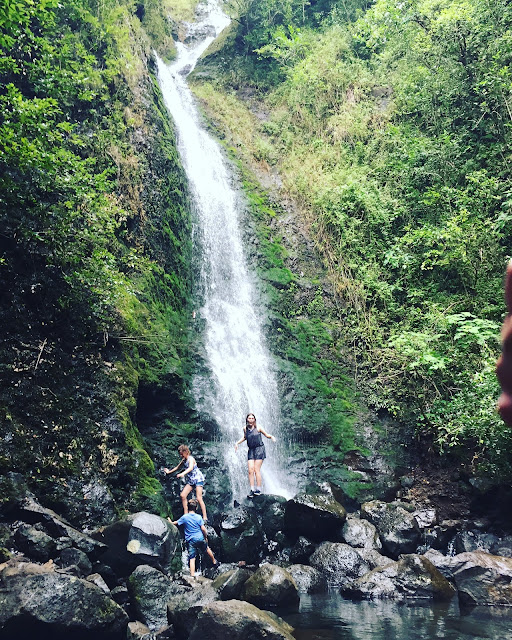 we rested here for awhile and soaked in the sights. 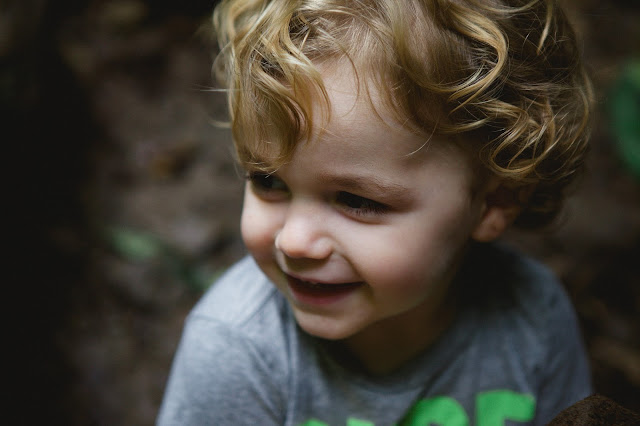 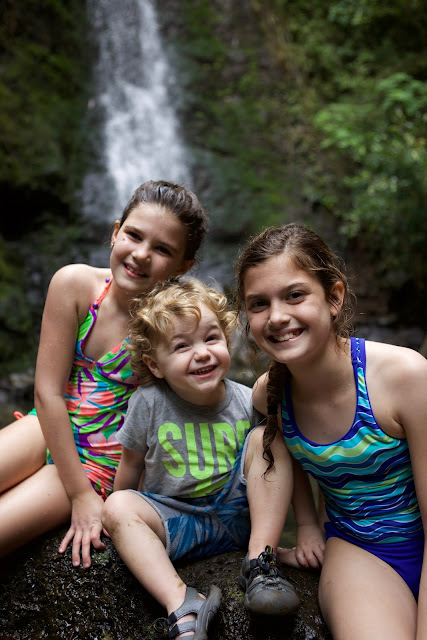 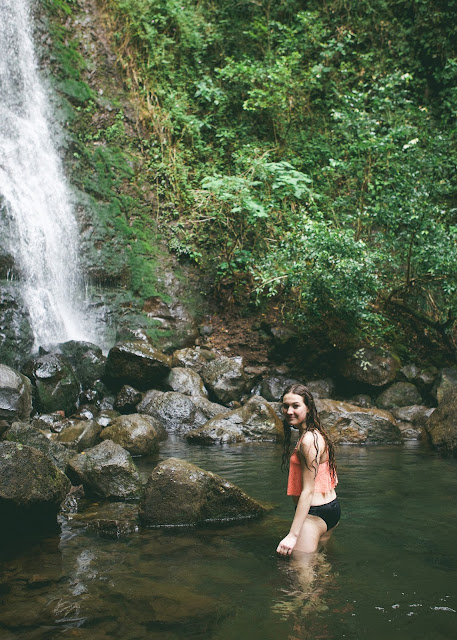 we eventually hiked out and 5 out of 6 kids immediately fell asleep in the car after our big jungle adventure.
since the kids were asleep, we decided to head up to north shore to observe the 50ft. waves.
we stopped at kalapawai cafe and got the most amazing chocolate chip cookies. i swear, the best i've ever had. i'm really banking on my friend mindy to recreate them for me. i know i'm in good hands. she can bake ANYTHING! 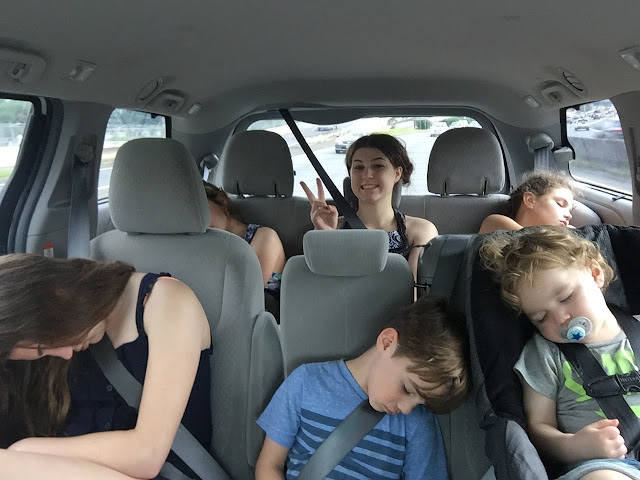 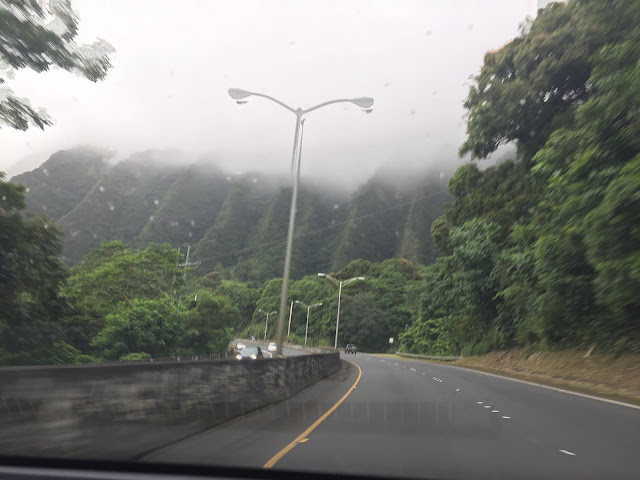 anywho... the waves were once in a lifetime high. we lined up, along with hundreds of other people, to witness the surfers, against the lifeguards commands, looking for the perfect wave. it was unbelievable. you could hear a pin drop when one of the surfers would catch a wave. it was beautiful seeing them come in, but the problem was that they could have easily been thrown into huge rock cliffs. we saw one surfer disappear out of our sight and then we saw him later walking up the beach. the crowd cheered. 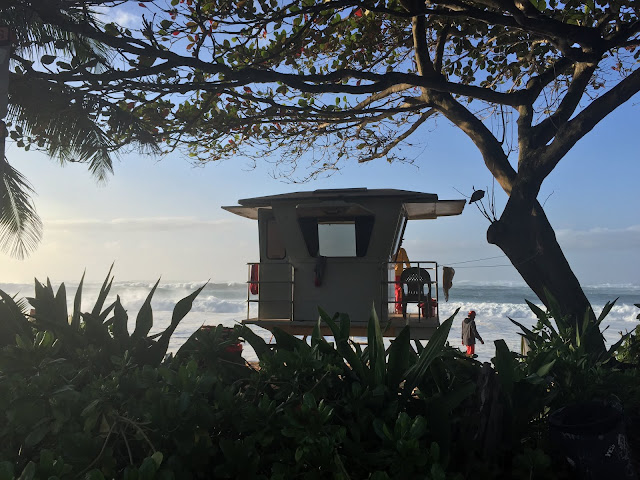 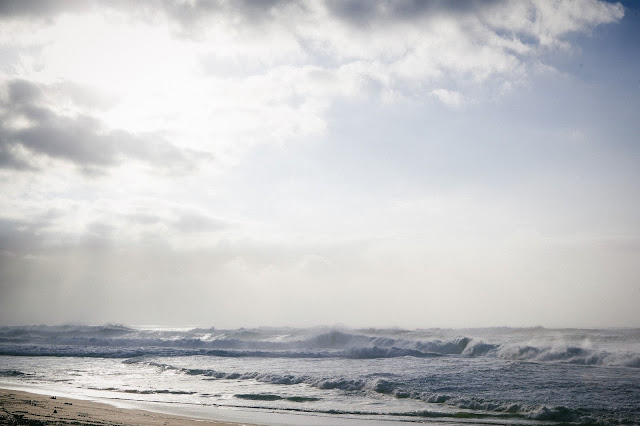 we headed home, past the dole plantation... pretty cool to see those pineapples popping up out of the ground, and stopped at costco to buy groceries for the week and get some fresh seafood! oh and a few gallons of pog for the kids. they sell it at costco there! how cool is that!?!? 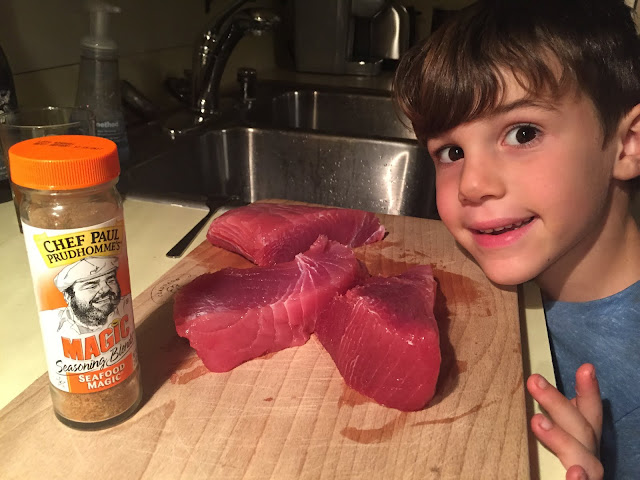 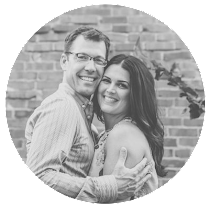